There is no scene in the history of cinema that better elucidates (and I don’t use that word lightly) the narrative structure of a story than in Home Alone 2, when Harry and Marv are flattened by a tool chest coming down the stairs. Taken in isolation, this one-minute scene tells a complete story in the classic narrative arc and serves as a reminder to storytellers what the different pieces look like.

As a reminder, here’s a look at the narrative arc structure of storytelling: 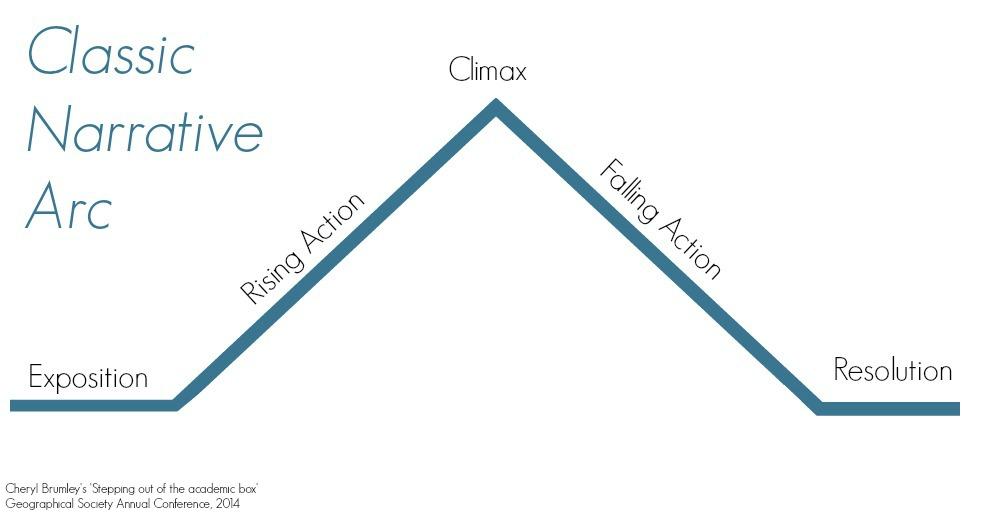 So let’s investigate the scene and how it embodies all the best qualities of the narrative arc.

We begin with exposition. Without even having to see any other parts of Home Alone 2, we get the exposition we need with Marv and Harry running after Macaulay Culkin, hoping that his parents “got him a tombstone” for Christmas. Okay, the stakes are set. They’re trying to kill this child.

There’s also another side dish of storytelling brilliance here as they toss aside the paint cans that had previously smashed their faces in. Consider this a nice little easter egg callback.

So then we get the rising action. Culkin shuts the door, ties a rope around the doorknob, and runs up the stairs. He ties it around a spare, five foot by three foot tool chest he happens to have, and taunts the bandits. We also get a good deal of foreshadowing here, another staple of good storytelling. I mean, what do you expect to happen here?

Marv and Harry pursue Culkin, they rip the door handle off and wonder at both the string attached to the now broken handle as well as the racket they hear inside the door. The rising action is intensifying.

Here we approach the climax. Harry and Marv both stick their ear to the door and wonder what that sound could possibly be. Now, if you’ve been paying attention to the foreshadowing, you will know what that sound is. That was the sound of a toolchest falling down the stairs.

Quick, but effective. The climax has already hit, the moment of the highest tension, now the tension lets off as we see the full effect of that climax. Similar to when Luke Skywalker fires his torpedoes into the Death Star in A New Hope. The climax hits us when the explosion begins and the falling action is the procession of resolutions that come after that. Celebrations, hugs, and medals for everyone.

Consider the tool chest like Culkin’s X-Wing. The exact same part of the story told in a fraction of the time. This scene is one minute, that’s it. And it tells a complete story with perfect narrative structure.

Oh, and the resolution is easy enough. Marv and Harry both agree that the sound they heard was a toolchest coming down the stairs. Their noses are broken and, taken in isolation, this is the defeat of the villains, the moment Vader hurls Palpatine down the endless shaft that was always a workplace hazard to begin with. 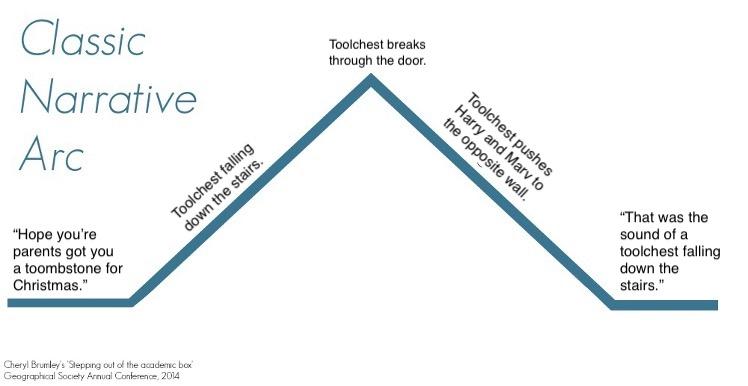 Josh Sippie lives in New York City, where he is the Director of Publishing Guidance at Gotham Writers and an Associate Editor of Uncharted Mag. When not writing, he can be found wondering why he isn’t writing. More at joshsippie.com or Twitter @sippenator101.