A Blast From The Past: Cowboy Bebop Is A Must Watch

Back in 2018, I tried watching Cowboy Bebop and sadly failed. Fast forward to the present, when all that’s left to do is binge show after show—and here we are. 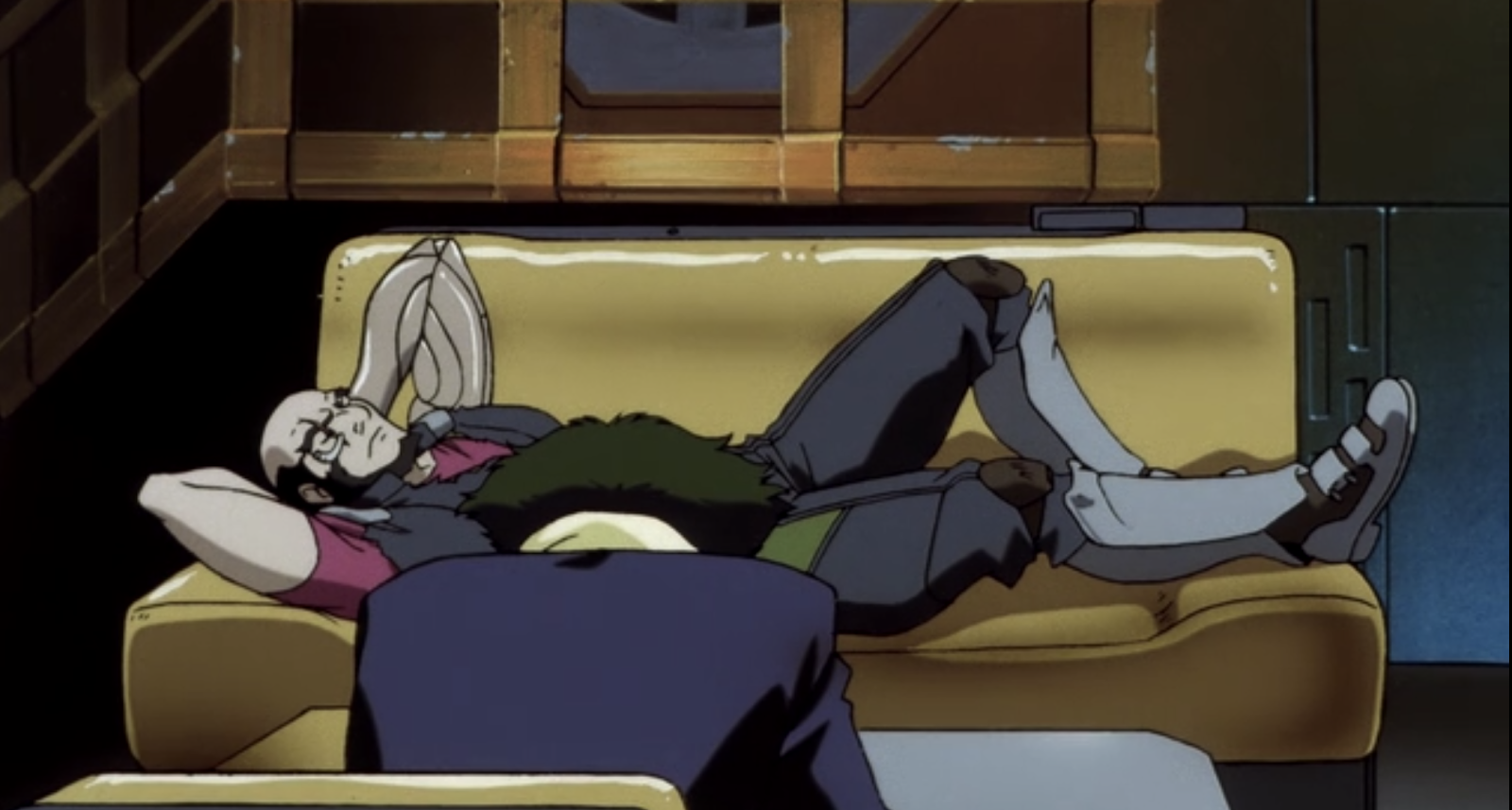 On a basic level, the premise of Cowboy Bebop is simply: a wild bounty hunting joyride with no shortage of action. But in this genre-bending anime, being a bounty hunter isn’t as easy as it seems. There are risks at every turn, and bringing the target in alive isn’t always the outcome the crew achieves. This is one element of the show I appreciated—witnessing the complexities of being a bounty hunter, experiencing their failures up close. Not to mention bounty hunting in this context is very relatable and looks a lot like what you might expect from your everyday freelance gig—it’s often very unstable and sometimes there are no gigs at all. Not to mention, Spike, Jet, Faye, and Edward are no strangers to being flat out broke and having nothing to eat but cans of soup or even mushrooms. There was even one episode where the gang couldn’t reap their bounty because it was a sentient being (or robot), not a human life form that traditionally qualifies as a redeemable bounty. Then there’s Chessmaster Hex and countless others that weren’t your usual catches. The next best aspect of the show might in fact be diversity and if I had to rate representation, I’d give Cowboy Bebop a 8.5/10. I was not expecting so much flavor, outside of the funky and moody backdrop and colorful animation style, in an anime that debuted in 1998 as a neo-noir, space western 🥴. There’s representation on every spectrum: Black characters, Native American characters, characters that engage in homoerotic behaviors ONSCREEN, non-binary [Gren] and possibly trans-identifying characters, etc.

And yes, some of the characters are larger stereotypes or caricatures of what the media has so often portrayed them to be, BUT I wasn’t expecting so much character variety which is why I believe this makes a terrific watch present-day. I can’t get over the splash of Blaxploitation during the “Mushroom Samba” episode and watching Miles get to live out his dream as a Black spaceship mechanic. Marginalized groups have their place in this fantastical reinterpretation of a sci-fi western and I love it see it. Did I mention that Netflix is in talks to produce a live-action series of Cowboy Bebop (there is currently only one season consisting of 26 episodes)?

If you can overlook the outdated animation style and voice over, excessive male gaze, and stereotypical portrayals of certain characters of color, you’ll fall in love with this shounen anime that is also really wonderfully dubbed. Cowboy Bebop is a strange and fantastical anime that will surely grow on you. Also? Can we talk about Spike’s pink puffer jacket?

Looking more deeply, Cowboy Bebop isn’t afraid to go there, try things, and unpack a plethora of topics like purpose and redemption and this is why the anime remains a must-watch for those new or well familiar with anime.

An emerging Black poet, NaBeela Washington works towards her Masters in Creative Writing and English at Southern New Hampshire University. She was invited to read her poetry by the Takoma Park Poetry Reading Series, and has been published in Juke Joint Magazine, perhappened mag, The Cincinnati Review, and is forthcoming in The Washington Writers’ Publishing House.