How Prevalent Is Homosexual Behavior In Animals?

Homosexual behavior has been observed in well over 1,500 animal species, ranging from humanity’s closest relatives like bonobos to our distant cousins, like crickets and flies. Often these species aren’t showing an exclusive homosexual orientation, but rather individuals show sexual behavior towards both males and females of the traditional sex binary.

That isn’t to say that exclusive homosexuality doesn’t exist in animals—it does! For example, in sheep about 8% of rams only show sexual behavior towards other rams. And there are countless examples of male birds pairing up, most famously penguins in zoos (though penguins show homosexual behavior in the wild as well). 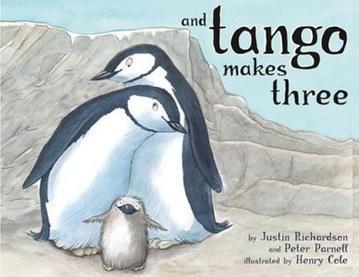 Two male chinstrap penguins named Roy and Silo became famous for hatching an egg and raising the resultant chick, Tango, together at the Central Park Zoo. Though the couple eventually split (I hope amicably), their pairing attracted widespread attention and led to this adorable children’s book.

Frankly, we have here a case where human biases and culture have shaped the direction of scientific inquiry—not necessarily maliciously, but certainly not for the better either. The normalization of heterosexuality in our culture led us to expect heterosexuality to be the norm in our biology, and the biology of other animals, despite the overwhelming evidence to the contrary. This is proof of the fact that science is never truly objective; the best we can do is continually work to identify and remove our implicit biases and culturally-engrained expectations from the questions we ask and the conclusions we draw.

So this Pride Month, I hope you take time to celebrate the vast diversity we see in human sex, sexuality, and gender, and remember that this diversity is perfectly natural. And of course, be sure to remember and celebrate the activists, many of them Black and Brown, who fought for so long (and are still fighting) to advance LGBTQ+ rights here in the United States and around the world.

And of course for easy reading, check out the Wikipedia page on homosexual behavior in animals: