Is fighting in the ring on your bucket list?

Are you worried that you will never get there because you have little or no boxing experience?

Are you wondering what you should do once you get in the ring?

Have no fear. Your guide is here.

After careful study of the Floyd Mayweather vs. Logan Paul exhibition fight on June 6, 2021, I’ve put together “The Logan Paul Non-Boxer’s Guide to Boxing” just for you.

The complete guide is $49.99, but I’m offering a free excerpt because these secrets are too good to keep to myself.  And this guide has already helped thousands of people, just like you, successfully get into the ring.

Warning: Boxing is inherently dangerous, and you may suffer injuries, emotional distress, the creation of embarrassing internet memes, or even death. This guide is unorthodox and should only be followed by those truly invested and serious about getting into the ring.

How to get on the fight card

Unlike most approaches that emphasize physical talent, the Logan Paul method relies on obnoxious self-promotion with screeching intro music, a “what can you say” vibe, and bullshit stories to get on the fight card.

By copying Logan Paul, you too can amass 20 million YouTube subscribers, leverage that exposure, and become known as a “Multi-Talented, Multi-Skilled, Worldwide Social Media Sensation.”

It sounds like a lot, but don’t worry. Your content doesn’t even need to be good and can be about anything—dead rats, pranks, bad jokes.  All of these topics have worked for him.

Remember, people are bored and suckers for content, even if it’s terrible. Just make it SFW, so you capture the 80% of employees who surf the web at work.

The benefits of this approach are you don’t have to go to the gym, you need no ability to land a flurry of punches on their intended mark, and you don’t need to waste time fighting against higher-ranking opponents.

Despite the efficiency of this method, you do need to have a tough skin to tune out the fans who complain about this approach.

Let fans be cynical about your strategy. They will come around.  The Logan Paul method clearly shows that being a “good boxer” doesn’t get you into the ring like being “A guy who is famous for being famous.”

How to sell seats

The ability to sell seats is a faster way to get in the ring than fighting up through the ranks. And the key to putting butts in seats is creating the perception of doom.

The four ways to set the scene the Logan Paul way are: 1) Choose an opponent who is significantly better than you; 2) Create a mismatch in height, weight, or age; 3) Be confident about your ability to win, so people want you to lose; or 4) Seem so pathetic that the fans cheer anything positive you do.

If you give them one by ending up face down in a pool of blood, they will be ecstatic. If you are still standing (maybe even win a round), fans will be shocked by the outcome. It’s a win-win.

Hard to believe? Look at the evidence. Paul landed a dismal 13% of his punches, but fans still gave him accolades for “going the distance.” It works! 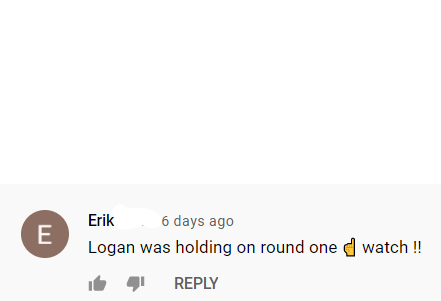 How to box once in the ring

Go ahead and throw some jabs and hooks if you want, but the Logan Paul method doesn’t put much emphasis on traditional boxing moves.

It introduces the proprietary “Hug Your Opponent” move, which works well in several situations. Paul used this technique several times in his fight against Mayweather, and it can work for you too!

If you are tired, you can lean on your opponent for a few seconds and catch your breath. If you want the fight to be over, you can use this method to run down the clock.

And embracing them in a warm, sweaty hug makes your opponent push you off of them, thereby putting you out of reach of their punches. Even the fans understand the offensiveness of this move.

Yet, at the same time, the “Hug Your Opponent” technique hits fans in their feels, which bonds them to you even more. And remember, the more feelings the fans have for you, good or bad, the more money they will pay to see you do anything.

I hope you enjoyed your sneak peek of “The Logan Paul Non-Boxer’s Guide to Boxing.”  Fans may be right that the Mayweather vs. Paul matchup was a crappy fight, but they both won, as a fan points out.

And with learning and implementing the Logan Paul method for just 30 minutes a day, you too can win like them!  You can cross boxing off your bucket list AND pad your bank account.

To order your premier copy of “The Logan Paul Non-Boxer’s Guide to Boxing” with all the secrets and glamour shots, get your credit card out, and call 867-5309.  If you don’t have a credit card, click on this link and send us your money via Venmo, Zelle, Google Pay, or PayPal.

Do it today! Operators are standing by.


When she is not cruising the comment sections for ways to inject her dark humor, Ursula Saqui, Ph.D., drinks tea, runs, and practices being a foodie.  Find her everywhere at UrsulaSaqui.